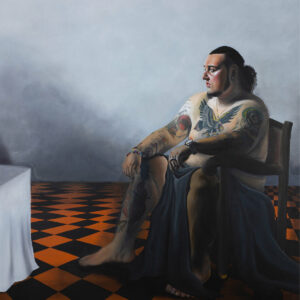 Ten years in the making, ‘Time & Place’ is likely to be heavyweight British Hip-Hop artist Juga-Naut’s magnum opus. Effortlessly interweaving the vintage rare grooves and roots in Hip-Hop’s golden era for which he is known globally and across the nation, contemporary minimalist production enabling the foregrounding of his lyrical prowess, and his boldly British wit, cheek, skill, social commentary and turn of phrase, this album will make audiences wake up and take notice of this true master of his craft. Spotlighting his hometown of Nottingham, UK, featuring longtime local collaborators and peers, this self-produced and engineered album features Juga-Naut’s best from start to finish. A triumph.