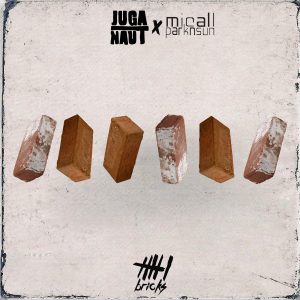 ‘Six Bricks’ EP is exclusive partnership between two of the UK’s leading Hip-Hop artists. Nottingham’s Juga-Naut & London’s Micall Parknsun. Named as such for its impeccably solid sound, style, content and delivery, ‘Six Bricks’ sets the foundation for a new era in Hip-Hop. Produced by Parky, co-production on ‘Gametime’ by Beat Butcha, lyrics by Jugz and featuring long-time partners in rhyme Scorzayzee, Tommy Nova, Vandal Savage and Cappo, this project captures the classic hip-hop sound infused with a modern potency that will carry it for years to come.