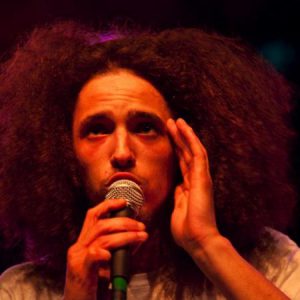 North London rapper Jyager first recognised his passion for music when he reached his early teens and began writing poetry to express his thoughts and feelings about life from day to day. Born and raised in Alenteiju, Portugal, Jyager moved to England in 1993 with his mother and sister in search of a better life. In recent years he has spent a lot of time traveling back and forth, visiting family and friends in Portugal and beyond. Despite the family commitments Jyager kept up his relentless rapping, and without knowing it found himself establishing a following throughout parts of Europe. In the beginning Jyager joined forces with Extortion Camp, a garage based group of MCs where he got his first taste of blessing mics at local clubs and neighbourhood gatherings. Before long the crew had obtained a regular set on pirate radio station Heat Fm and later, Axe FM. The dominance of MCs in the Garage scene began to give birth to a new London sound known as Grime. But while Extortion Camp maintained their Garage vibe, Jyager’s growing love for Hip Hop was giving the young MC a fresh new outlook and direction. After parting ways with Extortion Camp, Jyager switched his focus to the Hip Hop scene and spent many hours perfecting his flow before meeting Hip Hop producer/YNR co-founder Cee Why who, recognising Jyagers star-quality and infinite potential, quickly took him under his wing. In 2005 they began work on a catalogue of recordings that would go on to form the basis of Jyagers debut album. Entirely produced by Cee Why and boasting cameos from the likes of Foreign Beggars, Kyza and Kashmere among others, the resulting album ‘Encrypted Scriptures’ finally dropped in 2009, laying a concrete foundation for the future of this young talent. Currently Jyager is in the YNR lab working on a new album with producer Jon Phonics which looks set to be an eclectic collection of beats and rhymes reflecting their diverse musical influences. Truly Young-N-Restless, Jyagers hunger is irrepressible both in the booth and on the stage. A charismatic and passionate performer whose stage presence and energy translates effortlessly to record, catch Jyager live on stage and you’ll soon see what all the fuss is about! ‘Encrypted Scriptures’ is out now on YNR Productions.

What do you think of Artist: Jyager?