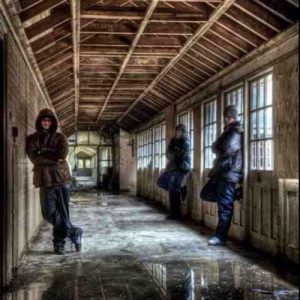 Originating from the infamous Deal Real open mic sessions between 2004 and 2005 (but initially formed by Possessed and Skirmish in 2002), Rhyme Asylum’s music rippled through the Hip-Hop community.

The group has performed all over the country.

To date they have released two top quality albums (found listed on this page).

What do you think of Artist: Rhyme Asylum?