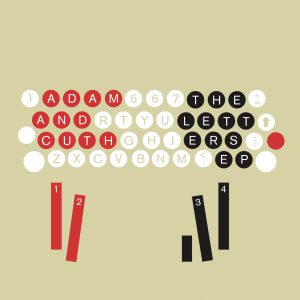 UPDATE: This E.P. is out now! Lyrics here.
_________________
Adam The Rapper and producer Cuth have teamed up for this rather tight debut project. The project comes out on 28th September 2012. We’ve been lucky enough to get an advance copy, and we’re pretty happy about that! Some very tight sounds.

Let’s set the scene: To quote the Press Release. “This is old school Hip Hop with a modern twist; Cuth’s dusty soul-loops swim beneath Adam’s casual yet technical flows, taking in everything from Prince and white cider to skateboarding and biscuits. Adam’s plain-speaking style cuts out the rubbish; the only reference to money is in its absence, women are respected, homophobes chastised and marijuana smoking isn’t even slightly fetishised. Part early Ghost-face, part The Streets, part Pete Rock and CL Smooth, Letters stands out through its simplicity and its down to earth character.”

Adam demonstrates some great flow, combined with mature lyrics. “Yo, I’m straight up, you deal the cards, and I’ll hold my hand face up, best under pressure, let’s raise the stakes up.” Meanwhile, Cuth’s beats share raw Hip Hop drum beats with silky female vocal samples, and some Souly loops. Definitely not on a “hype ting”, this is some quality laid back listening.

Producer compliments MC and vice versa. This is an example of UK Hip Hop that most can relate to, and we really don’t think it’ll disappoint. Not convinced? Listen:

Down to the nitty gritty: The E.P. drops on the 28th September. You can pre.order it now from Adam & Cuth’s Bandcamp for a very generous 2 British Pounds. A physical copy will cost 6. The duo have also made a very enjoyable Promo video.

The physical CD looks sick too. The Artwork was done by Cuth and it looks like his hard work has paid off.
If you’d like to check out a full copy of the Press Release, you can grab it here.

What do you think of Review: Adam & Cuth – The Letters E.P.?