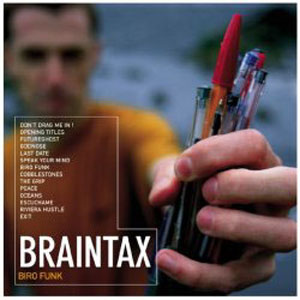 Released on Low Life Records in 2001 at Joseph Christie’s (Braintax’s real name) studio in Shepherd’s Bush, London. The bar for standard on this debut album was set ridiculously high with the creation of 40 tracks to be shortlisted. Naturally, cuts were made and the album was released at 14 tracks as of course it stands today.

What do you think of Album/E.P.: Biro Funk?