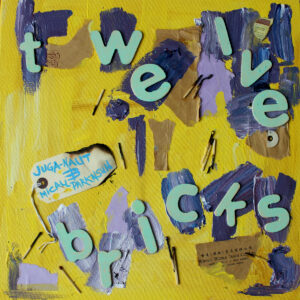 ‘Twelve Bricks’ is a collaboration between two of the UK’s leading Hip-Hop artists. Nottingham’s Juga-Naut & London’s Micall Parknsun. The album named as such for its impeccably solid sound, style, content, hardness and delivery, ‘Twelve Bricks’ is the foundation for the new era in Hip-Hop. Entirely produced by Parky and written by Jugz this project captures the classic golden era sound infused with a modern potency and British sensibility that will carry it for years to come. Taking you on a powerhouse journey of smacking drums, samples, catchy hooks and the flyest hard-hitting lyricism, ‘Twelve Bricks’ builds the bridge to the earthquake proof house that Jugz & Parky built.