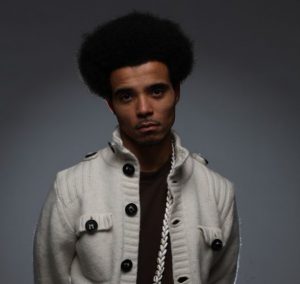 Rapper, vocalist, poet; there are many strings to Akala’s bow. The best source of information on him is on Wikipedia. Akala is known as a conscious rapper, with many of his tracks containing historical anecdotes and thought-provoking messages. Akala is no stranger to exploring complex themes in his tracks; class, race, social conditioning, and is regarded by some as a force for social change.
He has 4 albums which are listed on this page. Perhaps his most known single to date is “Shakespeare” which he released in 2006, from the album “It’s Not A Rumour”. Due to the track’s popularity, Akala still performs it at live events, though the hook has been modified to “Brother, listen.”
Akala has also done a talk for TED on the link between Hip Hop and Shakespeare.
Much more information can be found from the Wikipedia link at the start of this text, and Akala’s website at the top of this page. All of his albums were released on the Illa State Records label.

What do you think of Artist: Akala?