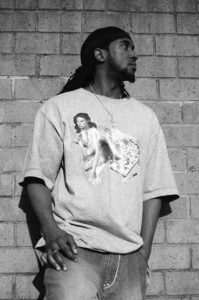 Cyrus Malachi is a rapper from London. His first renowned work came when he burst onto the scene with his crew “Triple Darkness” consisting of himself, M9 (Melanin9) and Nasheron, and they put out “Anathema”. ” It was a dark bone chilling epic, a harrowing journey through the neighborhoods they grew up in, one of the most vivid, most cinematic street narratives ever offered this side of the pond.” After “Triple Darkness”, in 2009 he became part of a very talented group – “The Orphans of Cush”. The group consisted of Kyza Smirnoff, Cyrus Malachi, Melanin 9, and Masikah. This crew put out “White Noize”, a mixtape-cum-album that dropped to rave reviews and garnered interest from all quarters.
More recently, Cyrus released his solo album in 2011, “Ancient Future”, which really sprang his name forward as a solo artist.
In April 2013, he released his second major album “Black Athena” on First Son Records.

What do you think of Artist: Cyrus Malachi?