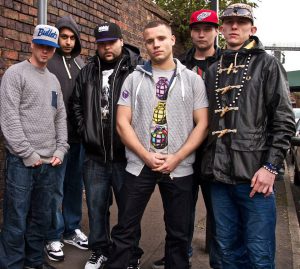 Night Movements are a collective of emcees and producers from Birmingham, UK who have been making waves in the Hip Hop scene ever since they dropped their self titled ‘NMS’ debut album back in February. Since then they have been working hard on a number of projects, live shows and music videos. Now they unleash this superb four track EP (The 8th Circle) which sees Exa, Hyksos, Wize One & Kams join forces. Lyrically they hit the spot with a darker themed extended player that is complimented by a music video for the lead track ‘Dark Army’. There’s no doubting Night Movements have arrived, and with an impressive back catalogue and future release schedule, things are looking bright this talented West Midlands crew.

Night Movements – Moth To The Flame

What do you think of Artist: Night MovementS?