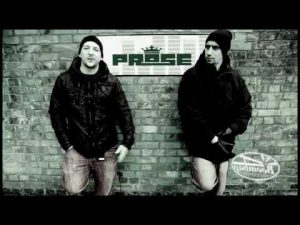 Prose are Steady on the beats, and Efeks on the mic. They make beasty boom bap, and have earned a reputation as a solid duo putting out quality releases. The beats are never lax, and the vocals come strong too. They came onto the scene in 2004 with the single “Originate”. This gave them footing in the scene, and they continued to forge a reputation of quality for them and their label, the aptly named Boom Bap Professionals. “Originate” was followed by two E.P.s: “The Wasted Talent E.P.” and “Running Man E.P.” Two compilations followed: “The Boom Bap Bootleg Volume 1 & 2”, before the acclaimed debut LP “Force Of Habit” in 2010, which included the incredible single “Life Times” – see below. Several E.P. and single releases followed, before they released their second great LP “The Dark Side Of The Boom” in 2011. Steady & Efeks have an incredible work rate and never let standards slip over their numerous releases.

What do you think of Artist: Prose?