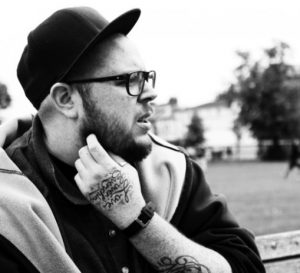 Born Steve Dixon, Stig is much more well known by his artist name Stig Of The Dump. Honing his art in battle rap including 2x World End of the Weak Challenge Champion of Champions, 2x UK End of the Weak Challenge Champion, UK Battlescars Champion and Jump Off Tag Team Champion, Stig has demolished many a mic.
His first major release was “The Homeless Microhponist” in 2006, which was recorded while Stig was “lodging” in Foreign Beggars studio.
Stig is now signed to Lewis Recordings, and is the number 1 member of Team Hate.
Stig has an inimitable voice, and an innovative flow, and is known to always go in hard.
More in-depth information can be found on Stig’s website.

Stig Of The Dump – One

What do you think of Artist: Stig Of The Dump?