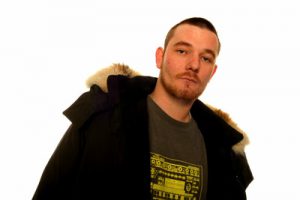 The genius behind all of the beats. Dag makes his living programming universally acclaimed hip-hop beats from Dented Studios, which are built into his house. The talented producer, who was classically trained on the violin as a child, has always been heavily involved in music and started making beats in 1995. Travelling all his life, Dag grew up all over the world, with stints in Iraq, Dubai, and Norway, finally moving to London in 2001. Foreign Beggars, which back then was a duo, recorded an EP but decided to hold back its release due to extremely explicit content and rugged production. Having diversified their sound, they went on to release their first 12” featuring Tommy Evans and Anik from Dark Circle marking the birth of Dented Records. Two 12”s and an LP later, and Dag is one of London’s most in-demand producers.

What do you think of Producer: Dag Nabbit?