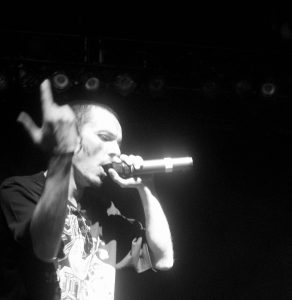 Baron Samedi is a veteran to the game. In UK Hip Hop for over 10 years, he has many top records to his name. Spit Happens: The Musical is a classic in many eyes and propelled Baron Samedi onto the scene. Animal Rites: The Mixtape came out packed with styles in the form of comedy tracks, well laced stories and a range of quality beats. Ripping Yarns was dropped in the same year as Animal Rites, alongside Pirate Radio E.P. and the Crisis Talks mixtape with Undercurrent. Baron Samiedi has also cut a name as a producer, producing Grit Grammar’s debut album Life Music. Baron’s most recent album came in the form of Wanderland – notably self-produced. Most recently we have the Ghost Network series of selfproduced E.P.s, which currently range from 1 to 3.

What do you think of Artist: Baron Samedi?