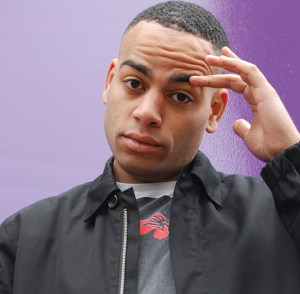 Doc Brown born Ben Bailey Smith, will be known on this site for his rapping skills. Though he has now branched far more into the comedy, he still incorporates rap into his sketches and sets.
He started out rapping way back when, and was part of the legendary Poisonous Poets clique alongside DJ Snips, Lowkey, Reveal, Stylah, Therapist and Tony D.
He went on to release 3 solo albums (listed here), alongside several E.P.s and singles.

What do you think of Artist: Doc Brown?