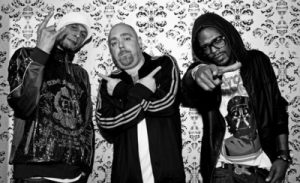 Phi Life Cypher were a UK Hip Hop trio based in Luton. They consisted of Life MC, Si Phili and DJ Nappa. They rose to fame in the early 200s, having made music since 1996. They released 4 albums together, and numerous E.P.s and singles. Although it never made it to press, they featured on an early version of Clint Eastwood by Gorillaz. They did feature on “The Sounder” on the B-side of the release. In 2013, the group parted ways after long-term disputes predominantly between Life MC and Si Phili.

What do you think of Artist: Phi Life Cypher?