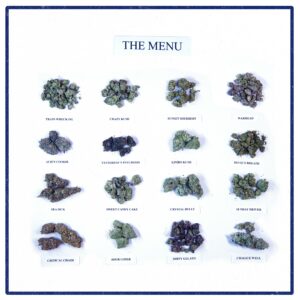 Leaf Dog & BVA have announced The Menu – a 16-track album dropping 15th March 2022. Largely featuring production from Leaf Dog himself (with offerings from Illinformed and Stevi Beats), this will be the first time Leaf Dog & BVA have released an album as themselves; that is, not under a different moniker (BotS, 3 Amigos).

Today saw the release of the first taster single, Crazy Kush. Listen / stream below, and stay tuned for more.