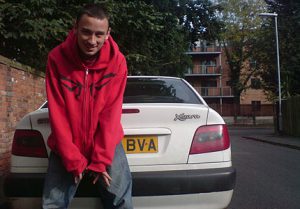 Born Josh Davey, BVA (MC) has formed an integral part of high-profile rap groups, and in 2013, is preparing to release his debut album “Be Very Aware”. From 2003 he rapped alongside Leaf Dog and Naive in the 3 Amigos, and in 2011, became one quarter of the ornithologically themed Four Owls with Leaf Dog, Fliptriz and Verb T. In 2012, BVA and Leaf combined forces with Illinformed (Leaf’s younger brother) to form Brothers Of The Stone, with their album dropping in July 2013. BVA also has an E.P. entitled BVA MC E.P., which was released in 2011.