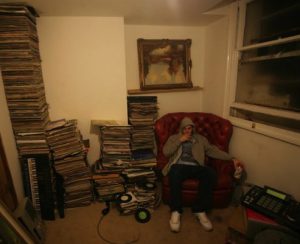 South London’s 184 is one of the most talked about producers on the UK Hip-Hop scene. He’s the man behind the boards on many of your favourite tracks and has worked with the cream of the UK hip hop scene including: Jehst, Buggsy, Kashmere, SonnyJim, Fliptrix, Dirty Dike, Jam Baxter and London Zoo.

184 co runs labels King Kong Holding Company and Western Decadence and is a long-time member of the legendary Gangoon Dubz alongside Dismantle and Hizzleguy. Behind the decks, he’s earned a reputation for tearing up clubs playing the biggest hip hop bangers and brand new exclusives alike. More on 184 Productions.