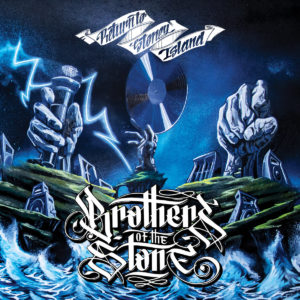 ‘Return To Stoney Island’ is the long-awaited second album from Leaf Dog, BVA and Illinformed. The 2013 eponymously titled offering boasted a solid roster of featuring artists. This second instalment promises a variety too.

Brothers Of The Stone – Reverse Forecast

What do you think of Album/E.P.: Return To Stoney Island?