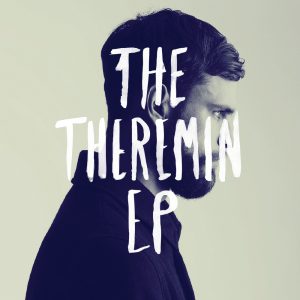 Wordplay scribe and High Focus resident Edward Scissortongue hits the spotlight again with The Theremin EP. Coming heavily anticipated from the High Focus ranks after his 2012 debut album “Better.Luck.Next.Life”, which was hailed as a progressive wonder, utterly unique in its sound aesthetic. Scissortongue has gained notoriety for pecking at the frontiers of hip hop.

Listening to any track on the E.P. reveals the depth of the creation, both musically and lyrically. This is important. With 7 tracks, and 6 different producers, the long instrumental openings (or endings) on most tracks give the listener something to get their teeth into. Interspersing the musical overtures, comes Scissortongue, with his now familiar complex lyricism. Scissor mixes up the speed of his lyrics too, bringing a different edge to each of the tracks.

‘Take Readings’ is the opening track, and is a solid, instrumental opener. As the title hints, it’s time to get your bearings, setting the way for the rest of the E.P.

‘Teeth’ is a haunting number, in vocals and music. Scissortongue deftly commands the tapestry, piping some vivid imagery into the listener’s ear.

Teeth. they fizzle like they’re fucking pastry, unravel all your bandages, reveal the wounds. Time to honour your agreement, give me every object in your mouth, pliers and a treacle spoon. You signed the waiver in the waiting room, waiting for a date with doom. Wait for it, it waits for you.

Ethereal and poetic, Scissortongue carves atmosphere out of the ether. ‘The Wipeout Soundtrack’ gives Scissortongue the freedom to experiment with his rhyme schemes and cadence, rhythms edited and revisited joined by a haunting vocal courtesy of Toyface. It traverses the knife edge of sanity like an American Horror Story soundtrack. 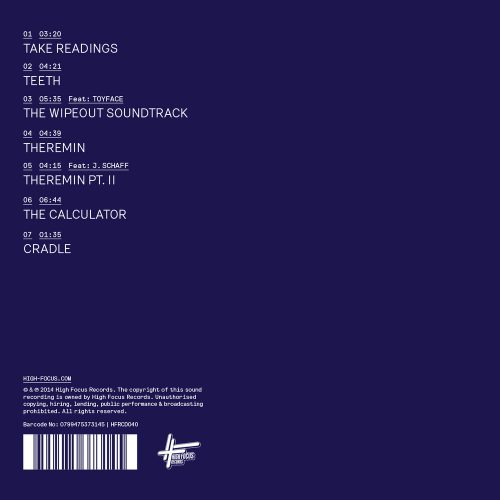 The title track is the most quintessentially boom bap offering on the EP. Having previously been heard as part of ‘DJ Sammy B-Side Presents Wordplay Sessions Volume 2‘, Sammy’s short scratches contrast the uneasiness of the violin riff, with Edward lacing the track with heaps of imagery. This is a track that even on the fourth or fifth listen something will be missed. We are graced with a double title track as Theremin Pt. II further delves into the uneasy; taking elements from other current hip hop releases and owning them. The dark story is boosted by the edgy high hats and boom snaps, which really gives this track a sharp edge.

An overwhelming sense of isolation creeps on you as the tracks progress. As an opus it is focussed and never strays from its unsettling nature. It certainly brings the lines between rap and spoken word into close proximity, and sets a great example for other artists to experiment and break the mould in their music. This one should be grabbed by all, and particularly those who like being taken on a journey. We await more from the depths of Edward Scissortongue’s sharp mind.

The Theremin E.P. is out this Monday (28th April 2014), and is available now for pre-order from High Focus, or digitally via iTunes.

There are tickets still available for the launch party on Saturday 3rd May at Westminster Library. Check out the Facebook page, and here is a link to get tickets.

What do you think of Review: Edward Scissortongue – The Theremin E.P.?