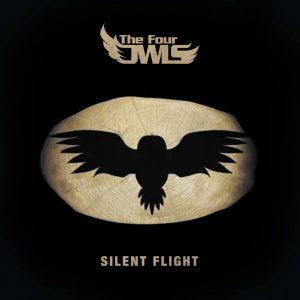 If, like us you’ve been yearning for a fix from those flighty Four Owls, then the wait is almost over. Since the recent announcement that the long-awaited follow-up album to “Nature’s Greatest Mystery” will drop on the 12th Feb (vinyl a bit later), pre-orders have no doubt been flying in to the HF store. For those who need a little taster on the house, news has just reached us that the first track to be lifted from the anticipated album “Natural Order” will land next week, screeching to a YouTube page near you. Entitled “Silent Flight”, this will be a tune to draw the crowds in – we’ll keep you informed of when it lands. Speaking of crowds, you’ve still plenty of chance of catching the Four Owls on their “Natural Order UK Tour“, with plenty of dates in February for UK-based fans.

Let us know if you’re looking forward to the new album, and kindly leave us an owl-based pun below.

What do you think of News: The Four Owls – Silent Flight – 1st Track from Natural Order?