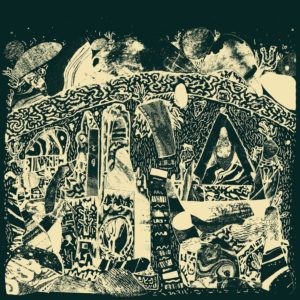 The record was written and recorded between Greenwood Sharps’ cottage in the verdant English countryside and the off grid Finca in the foothills of the Andalusian Sierra Nevada, Spain where Key is based.

In a troubled and busy world, marred with anxieties and uncertainties, ‘Green & Gold’ comes as a breath of fresh air and offers some valuable food for thought for those searching for real heart felt substance rather than the sanitised, individualised & commodified norm we have all become accustomed to.

The title has multiple meanings none of which are anything to do with weed or money. First and foremost, green and gold are the colours which synesthete (a person who sees sound) Greenwood Sharps, composed the record in. It also alludes to the dialogue between the green of the UK and the dusty gold of Andalucia which created the project. Finally green and gold speaks of the dynamic between the sun and photosynthesising organisms, the driving force of life on earth.