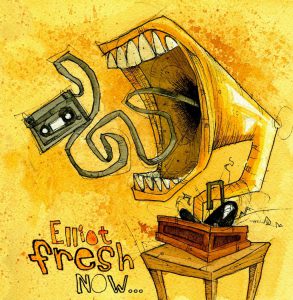 Rapper from Oxford, Elliot has been rapping for a fair few years now. He has run open mic nights in Oxford, battled in Don’t Flop and released a number of E.P.s, and an album called “Now…”. He is also part of Livestock – a trio crew. He releases on Illgotit Records.

What do you think of Artist: Elliot Fresh?