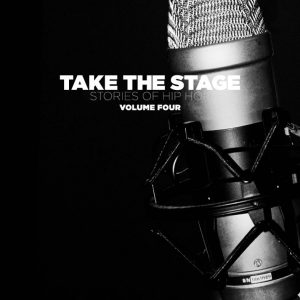 Take The Stage is a video series following various rappers and producers in UK Hip Hop. In each episode a different musician provides insight on their art, their origins and their take on Hip Hop.

Episode 3: Micall Parknsun:
UK Hip Hop legend (rapper and beatmaker) Micall Parknsun gives his take on Hip Hop just after the release of his fourth album Me Myself & Akai.

Episode 4: Brotherman:
Off the back of his debut success with “The Light & The Dark”, and prior to releasing a series of mixtapes, Brotherman talks about his upbringing and lifestyle.

Episode 5: Shay D
Being a female MC comes with certain hassles, and that’s exactly what Shay D talks about in Ep. 5 of Take The Stage. She also talks about her life as an artist.

We will update this article as and when the series progresses. You can stay up to date with the Take The Stage series on Facebook.

What do you think of News: Take The Stage – Stories Of Hip Hop?