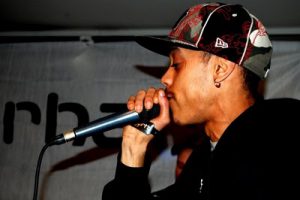 Ramson Badbonez is a legendary UK emcee. He has worked with the likes of Taskforce and many other names in the UK scene. He has released a mixtape with DJ Harry Love “The Official Mixtape Volume 1”, “Tales From The Staircase Volume 1” with King Kong Holding Company and his album “Bad Influence” on Boot Records. In December 2013 he released “A Year In The Life Of Oscar The Slouch”, a 14-track gritty concept album on High Focus Records.

Ramson Badbonez – May (Just Da Way It Is)

What do you think of Artist: Ramson Badbonez?